The Critique of Pure Reason 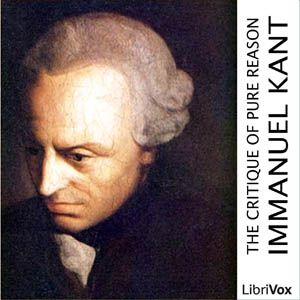 The Critique of Pure Reason

The Critique of Pure Reason, first published in 1781 with a second edition in 1787, has been called the most influential and important philosophical text of the modern age.

Kant saw the Critique of Pure Reason as an attempt to bridge the gap between rationalism (there are significant ways in which our concepts and knowledge are gained independently of sense experience) and empiricism (sense experience is the ultimate source of all our concepts and knowledge) and, in particular, to counter the radical empiricism of David Hume (our beliefs are purely the result of accumulated habits, developed in response to accumulated sense experiences). Using the methods of science, Kant demonstrates that though each mind may, indeed, create its own universe, those universes are guided by certain common laws, which are rationally discernable. (Summary by M.L. Cohen)

For further information, including links to online text, reader information, RSS feeds, CD cover or other formats (if available), please go to the LibriVox catalog page for this recording. Download M4B (193MB)

Reviewer: mavaddat - favoritefavoritefavoritefavoritefavorite - June 11, 2016
Subject: One of the best critiques of pure reason
Within the pages of this text, Immanuel investigates the limits of reasoned thinking (what is also called "reason" and spoken of anthropomorphically as though it were itself a subject) in seeking a general scientific grounding to both philosophy and natural science itself. What Immanuel discovers is that reason is not omnipotent or indeed capable of investigating a terrific number of questions (much less their answers) to which philosophers since antiquity had tried to speculate upon. These verboten topics include the existence or characteristics of a god. the existence or characteristics of an immaterial soul, and the metaphysical possibility of freedom of the will. If the text itself is confusing for you, try starting with Kant's "Prolegomena to Any Future Metaphysics." It is one of the best prefatory texts to the possibility of metaphysics that I have read. Highly recommended.
Reviewer: Purifier - favoritefavoritefavoritefavorite - May 13, 2009
Subject: Challenge
Kant is difficult. For some reason I remember this audio book being the worst one I ever listened to. I almost abandoned it because a lot of the time I felt like I wasn't getting anything out of it, like someone was reading something REALLY boring and annoying. I seem to remember there being a lot of problems with the naming of these sections where there would be a reader, then another reader, then another reader, listing off Kant's extremely long chapter titles. In listening to a few of the tracks again that problem seems to have been corrected.

This is NOT Baby's First Philosophy Book. I would NEVER have read Kant in book form. I would have just bought this book and it would have sat on my shelf and collected dust. I did finish it in audio book form thanks to librivox. I'm not sure if I remember it though.

Uploaded by librivoxbooks on September 22, 2007